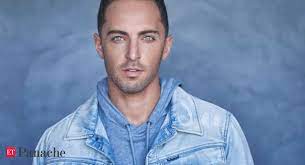 Carolyn Marie Jones, 51, was arrested on Tuesday by Special Agents with the United States Secret Service and the Internal Revenue Service. She has been charged with federal wire fraud after allegedly using money from two Georgia investors for her own personal expenses. Jones, who was free on bond in a bank fraud and bankruptcy fraud case, was prohibited from soliciting funds from investors while the September 23rd trial was pending. If convicted, the wire fraud charge carries a maximum statutory sentence of 20 years in prison.

Jones was the Chief Executive Officer of Diamond Decisions, Inc., which sold denim jeans marketed under the labels of Privacywear and PRVCY Premium. According to the 19-count indictment, Jones obtained a $15 million line of credit from Union Bank using fraudulent financial statements and tax returns. The indictment also revealed that Jones used a Social Security Number that belonged to someone else, hid from the bank a previous bankruptcy filing, and failed to disclose her felony criminal record. Jones defaulted on the $15 million loan a year later which led to Union Bank filing a lawsuit against her in state court. When Union Bank tried to seize the inventory in the Diamond Decisions warehouse, Jones caused the company to file for bankruptcy and concealed the assets from the bankruptcy trustee. She faces a maximum sentence of 489 years in federal prison on the bank and bankruptcy fraud indictment.

These charges are the result of an investigation conducted by the United States Secret Service and the Internal Revenue Service.