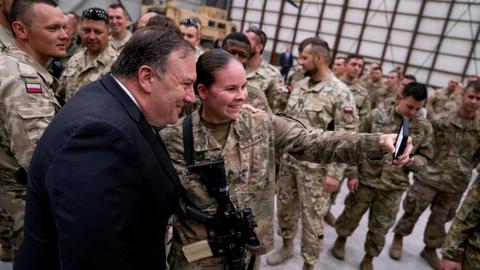 Sergeant First Class Eduardo Ruesga-Larracilla, a United States Army National Guard soldier from San Antonio, has pleaded guilty to one count of conspiracy to commit bribery and wire fraud, and one count of bribery to a public official.  The charges stem from his role in a corruption scheme that involved fraudulent recruiting bonuses from the Army National Guard Bureau.

Through the Guard Recruiting Assistance Program (G-RAP), a participating soldier could receive up to $2,000 in bonus payments for a referral. A participating solider would also be eligible to receive direct deposits into their personal checking accounts based on certain milestones achieved by the referred solider.  This referral program started in approximately September 2005.

This case is being investigated by the San Antonio Fraud Resident Agency of the Army Criminal Investigation Command’s Major Procurement Fraud Unit.  The investigation has led to charges being filed against 26 individuals, 24 of whom have already pleaded guilty.