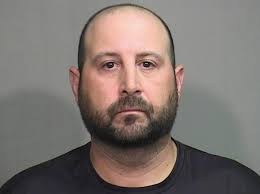 Michael S. Mackay, 47, pleaded guilty in federal court  to a mail fraud scheme that tricked victims into thinking they were part of a “secret shoppers” program.  The United States Attorney’s Office for the Northern District of Illinois announced in a news release that the scheme ran from September 2011 through at least May 16, 2012.

Mackay chose to target individuals who applied to work-at-home advertisements on the internet.  Victims received a letter containing at least one counterfeit instrument, ranging from $500 to $2000, and were told to deposit the funds into their personal bank accounts.  They were then instructed to keep a portion of the money for their services, and wire the remaining money from a local Western Union.  Victims were also asked to e-mail reports about their shopping experiences to addresses included in the letters.

In the original indictment, prosecutors accused Mackay of sending out over $1 million in fake money orders and mailing packages to at least 665 people. Neither of these numbers was mentioned in the plea agreement.

Mackay faces a maximum sentence of 20 years in prison, up to three years of supervised release, and between one and five years of probation.  He could also face a fine of up to $250,000 or twice the gross gain or loss from the fraud, whichever is greater.

A sentencing hearing has been scheduled for 2:30 p.m. on September 19th.