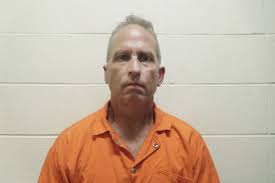 Gregory Martin Walker, who was charged with federal wire fraud in connection to movie tax schemes in Louisiana, was sentenced to 70 months in prison last Thursday by United States District Judge James J. Brady.  Walker must pay investors restitution in the amount of $1,833,619.25, and also forfeit nearly $1 million dollars for the property that was obtained from the fraud.

According to investigators, Walker, 47, swindled nearly $4 million from investors by buying and selling Louisiana motion picture investor tax credits which he did not own.  In order to carry out the scheme, Walker forged the signatures of various individuals on the tax credit purchase agreements and used interstate wires to complete the transactions. In total, Walker sold bogus tax credits with a face value of $3,823,441 to twenty four investors and collected $2,560,670.  The scheme began in August of 2011 and continued through January 2013.

FBI Special Agent-in-Charge Michael Anderson stated, “This conviction should convey a clear message to the public that schemes to defraud that interfere with legitimate government incentives to stimulate economic growth in Louisiana will not be tolerated.”

This case was investigated by the Federal Bureau of Investigation, the Louisiana Inspector General’s Office, and the United States Grand Jury for the Middle District of Louisiana.  The prosecuting attorney in this case was Assistant United States Attorney Rene I. Salomon.