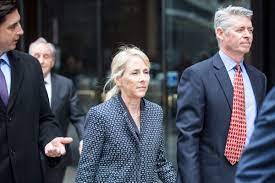 United States District Court Judge Joseph Van Bokkelen has rejected the plea agreement from a Merrillville man who pleaded guilty to two counts of mail fraud in connection with an insurance fraud scheme. Judge Van Bokkelen announced at the sentencing hearing that Darian Lyndon Brown’s testimony against himself wasn’t enough to prove the two counts.   “What I need is for Mr. Brown to say, ‘I’m guilty, here’s what I did,’ ” Van Bokkelen said. He also noted that statements made at Brown’s change of plea hearing contradicted statements made in the sealed sentencing report.

As part of the plea deal, federal attorneys had agreed to drop the charges against his wife, Trenice Renae Woodley Brown. However, without the plea agreement in place, the Browns will yet again face trial for one count each of conspiracy to commit mail fraud and seven counts each of mail fraud. The married couple was arrested in March of 2013 on charges that they stole more than $85,000 through false claims filed with home and vehicle insurance companies.

Memorandums filed by both parties show that the couple originally filed legitimate claims for flood damage at their home. At some point the Brown’s padded their existing claims with false information to receive more money.

The charges in this case were filed as a result of an investigation by the Federal Bureau of Investigation. Assistant United States Attorney Randall Stewart prosecuted the case.