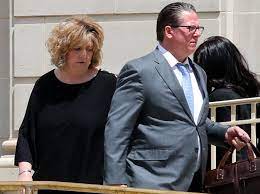 John W. Hawkins pleaded guilty to a federal charge of mail fraud on February 21st and resigned from his position as Barbour County Sheriff.  Hawkins, 47, admitted to staging an automobile accident in April of 2013 in order to receive an insurance payment of nearly $8,300.

Hawkins initially told the insurance company that he had accidentally driven his 2004 GMC Envoy off Jerusalem Church Road in Philipi and ran into a tree.  However, photographs taken by an insurance adjuster and information from the vehicle’s data recorder contradicted Hawkins’ version of the story.  Witnesses familiar with the scheme also advised investigators that the story provided was likely to be false.  Authorities believe one Hawkins’ deputies assisted in fabricating a report for submission to Nationwide Insurance Company.

The mail fraud charges stem from Hawkins’ use of the United States mail to make the $8,262.65 fraudulent claim.  He also used his official Barbour County e-mail account to communicate with Nationwide regarding this false claim.

John Hawkins faces a maximum sentence of 20 years in prison and fines of up to $250,000. As part of the plea agreement, Hawkins must also pay full restitution to Nationwide Insurance Company.

A sentencing hearing has not been scheduled at this time.