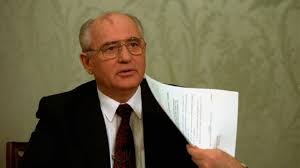 Audrey Elaine Elrod, 45, officially entered her guilty plea in United States District court on Monday to one count of structuring transactions to avoid reporting requirements, and one count of conspiracy to commit wire fraud.  In doing so, Elrod admitted to stealing nearly $450,000 through a Nigerian wire fraud scheme that took place during 2012 and 2013.

Evidence presented at the trial showed that Elrod received $446,927 in wire transfers to bank accounts that she controlled between March 2012 and July 2013.  Elrod then “structured” $411,411 in cash transactions in an effort to hide her activity from the government before forwarding the majority of the proceeds to Nigeria, via wire transfer.

“Ms. Elrod and her co-conspirators stole hundreds of thousands of dollars in an elaborate fraud scheme,” United States Attorney Timothy J. Heaphy said today. “This United States Attorney’s Office will continue to prioritize the investigation and prosecution of financial fraud and bring those who commit such fraud to justice.”

If convicted, Elrod faces up to 20 years in prison on the wire fraud charge, up to 10 years for structuring, and the possibility of another 10 years per count of committing crimes while on pretrial release.