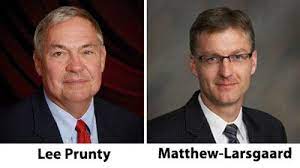 Mark R. Trump, a former branch manager for Walker Machinery, pleaded guilty to wire fraud on Wednesday in front of United States District Judge Irene C. Berger.  Trump admitted to taking approximately $90,000 in rental fees owed to the company for his personal use.  As a result of the fraud, the company lost over $367,000.

According to the release, Trump offered certain customers special rates on equipment rentals without the company’s authorization from 2009 to April 2012.  The investigation revealed that these customers agreed to pay Trump directly, often by cash or personal check.  Trump then took the fraudulent payments and deposited them into his personal checking account.

To hide his fraud, Trump entered the customer data into the company’s system and printed the matching rental agreement forms.  However, when the equipment was returned, Trump made entries into the company’s records indicating that the rentals had been cancelled. He also failed to process the receiving paperwork through Walker Machinery’s service department, which is required for all company rental transactions.

According to the federal sentencing guidelines, Mark Trump, 43, faces up to 20 years in prison when he is sentenced on April 17, 2014.

The investigation of this case was conducted by the West Virginia State Police and the Federal Bureau of Investigation.  Assistant United States Attorney Blake Malkin is in charge of the prosecution.