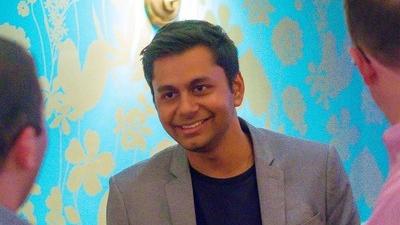 Paul John McMann, 54, was convicted after a jury trial on April 4th of three counts of wire fraud in connection with his defrauding several individuals in 2008. The Weston real estate developer was apprehended eight months ago after he was indicted on federal criminal charges.

In October and November of 2008, McMann purchased several fraudulent bank documents from Bank of America and Wachovia bank including “Proof of Funds” letters on their company letterhead. He used these documents claiming to show that McMann and his company, Commonwealth Albanian Hydro Ventures Inc., held accounts with those banks containing large sums of money. Using these “Proof of Funds” letters along with other fraudulent documents, McMann was able to obtain money and other consideration from various individuals in the Boston area and elsewhere. Specifically, he was able to secure at least $450,000 in loans, as well as to convince a creditor to whom McMann owed over $1.6 million, to hold off on foreclosing on various properties McMann had developed.

The indictment was returned on November 10, 2010, but McMann remained at-large, outside of the United States until he was detained on July 10, 2011 in Cyprus. He has been held pending trial.

United States District Judge Rya W. Zobel scheduled sentencing for June 27th. The statutory maximum penalty is up to 20 years in prison to be followed by three years of supervised released and a fine of up to $250,000 or twice the amount of loss inflicted by his fraud, whichever is greater, on each count of wire fraud.