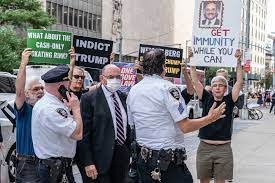 Michael Abobor of Bowie, Maryland pleaded guilty on Tuesday to wire fraud in connection with a mortgage fraud scheme that created over $2 million in losses.  The guilty plea came on what would have been the first day of his trial.

Abobor, 38, submitted fraudulent loan applications for the purchase of homes in Maryland while working as a licensed Realtor in the spring and summer of 2007.  He used known false financial and employment information to purchase homes in the state, according to a statement released by the United States Attorney’s Office. In the plea agreement Michael Abobor also admitted to submitting “doctored” W-2s and pay stubs alleging the borrowers made more money than they actually did to ensure that the applicants would be approved for larger loans.  By using these fake documents and applications, he was able to purchase two homes in his name and several others using the names and credits of family members and friends.  Abobor was also able to receive additional funds as “renovation payments”.  All of these loans eventually fell into default which resulted in losses for numerous financial institutions facilitated from at least seven fraudulent real estate transactions.

An example of this scheme took place on July 25, 2007.  Abobor facilitated the purchase of a home in Bowie using a loan application that had vastly inflated the buyer’s income figures.  Relying on these false representations, the lending institution funded a loan of $375,000.  As part of this transaction he also received a commission payment of $5,499 and over $37,000 in “renovation” payments.

Michael Abobor faces a maximum prison sentence of 30 years and a fine of $1 million. He must also forfeit $2,026,205, including any money or assets traceable to his offenses. United States District Judge Peter J. Messitte scheduled Abobor’s sentencing for April 18, 2013.